Celebration and hope in Hertfordshire

On Sunday January 26th I spent the day in Hertfordshire as part of my visit to the Bedfordshire, Essex and Hertfordshire District, and it was a day of celebration and hope.

In the morning I preached in Carpenders Park and South Oxhey Church. The new church building had been officially opened on Saturday in a service led by Revd Christopher Jones, former minister of the church and attended by other former ministers, the Superintendent Minister (Revd Linda Woollacott) and the Chair of District (Revd Anne Brown). On Sunday the congregation were joined by others from the circuit and by South Oxhey Chritian Fellowship, a Pentecostal congregation who also worship in the building. The Pastor of South Oxhey Christian Fellowship took part in the service and spoke afterwards of the warm and growing relationship between the congregations.

The Minister, Revd David Goodwin led the worship and the blessing was sung by members of the community choir. This choir was started by Gareth Malone and is still going strong. The choir really has been important in the building of community cohesion in South Oxhey.

During the service we learned that the plans to build a new church on this site had first been made 60 years ago. Over those years the congregation had met in the chapel on adjoining land. There is a vibrant Messy Church here and before leaving the old building they were given the freedom to paint pictures on the walls - we saw a colourful picture of Noah's Ark. 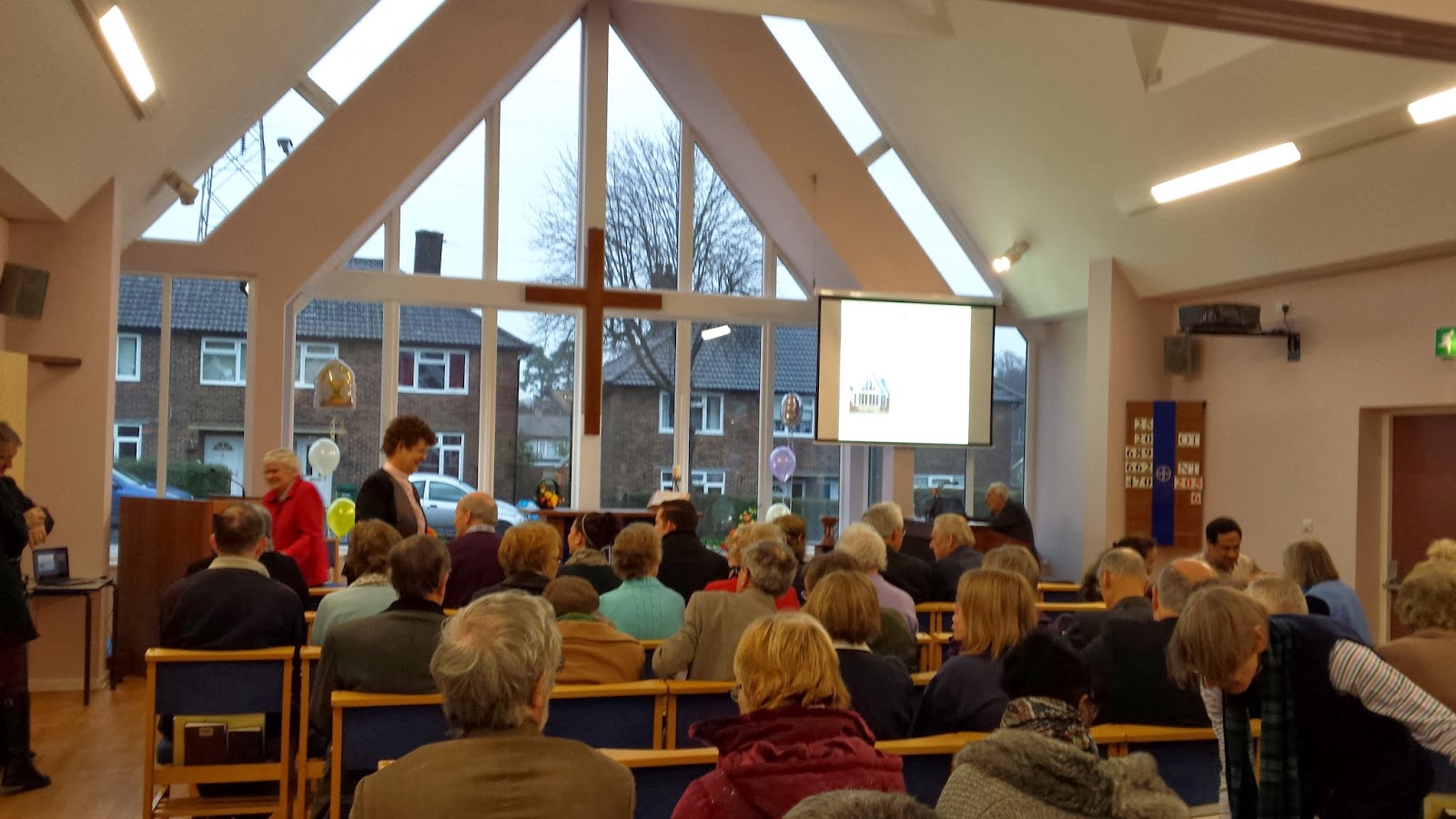 As the congregation worship they look through large windows into the streets of the community in which they serve and people walking down the road look into the church to see people praising God. The pentecostal Pastor told me that two people have already walked into the church from the street and have received a warm welcome and appropriate care and support.

As I spoke with people afterwards I had a real sense of one vision achieved and new work beginning in this area.

I met a wandering travelling race in Hemel Hempstead. I met a group of people who have built a strong relationship with one another, perhaps even helped by the fact that they have no building to identify with. I met a group of people who are engaged actively in mission, they have not waited for the building before they start Messy Church, fellowship groups, coffee mornings and other activities. They are already developing strong links with the school that will be their neighbour; the minister, Revd Vindra Maraj Ogden, is chaplain to the school and is well known in the community.

It would be easy to be discouraged by the delays in building but these people are excited at the opportunities that will be offered when they move to the community centre and begin to establish their mission in the community.

I went to see the building site and as we stood looking at the work so far a rainbow appeared in the sky. For us it was arching over the new building - a symbol of the promise that will be fulfilled. The people who were waiting for us to join them for tea in Marlowes Methodist Church had seen the rainbow from a different angle - arching over the community centre with the promise of new beginnings there.

They're  a travelling wandering race, they're the people of God.

Celebration in Carpenders Park and South Oxhey Methodist Church.
Hope in Hemel Hempstead.
Expectant people waiting for glimpses of glory and reminded of the sure promise of God by a rainbow arching over the place where they will worship and witness.
Alleluia!
Posted by Ruth at 21:44