Oh what a journey!  It felt like a Camp Meeting - for four hours we sang, prayed, read from the Bible, John Wesley’s Journal and Son to Susanna, preached and even danced! 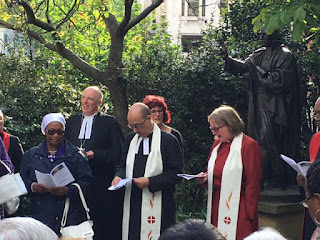 From St Paul’s Cathedral we processed, via John Wesley’s statue at the North Steps of St Paul’s, to the Flame Monument at the Museum of London, Susanna Wesley’s grave in Bunhill Fields, and finally Wesley’s Chapel itself. 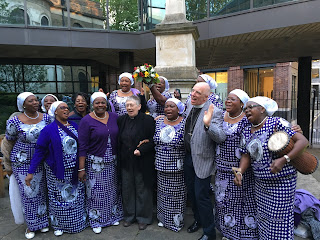 There were so many highlights!  Laying flowers at Susanna Wesley’s grave, the gate specially open for the occasion. 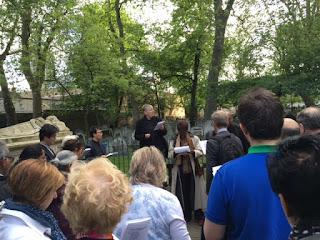 The great gathering of Methodists from Korea, China, Ghana, Canada, America and even Britain! 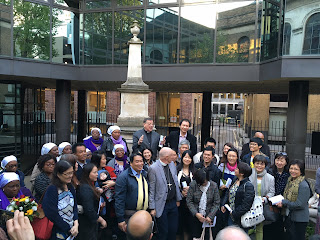 And for me – best of all – standing on John Wesley’s tomb to preach in the open air! 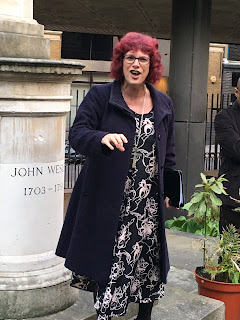 John Wesley turned the church of his day upside down. 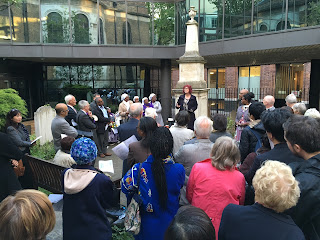 An astonishing man!  After his conversion on 24 May 1738, Wesley had a heart so open to God, that he was open to change everything that he had been culturally conditioned to believe, as an 18th century man, a Tory, and an Anglican clergyman!
First of all God called him to preach outside a church building – in a field - unthinkable!  As Wesley wrote in his Journal, ‘today I have done a thing most vile’. 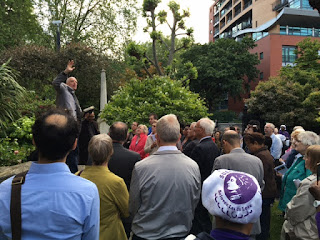 Then God called Wesley to accept lay people as leaders and preachers. What - only ordained people can do that!  With a little prodding from Susanna, Thomas Maxfield became the first local preacher. 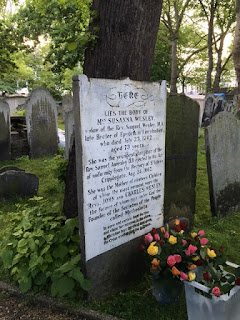 Worst of all, John Wesley found that God was calling women!  He took a little longer to get his head round that, but he got there!  Women became evangelists, spiritual leaders, directors of social care projects. 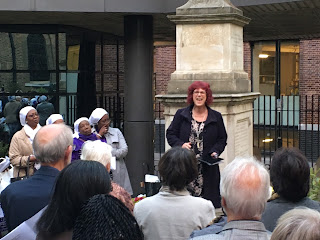 Extraordinary calls for extraordinary times.  For John Wesley, if a person bears fruit, they must be called by God.
Are we as open to the movement of the Holy Spirit now as John Wesley was over 200 years ago? This is the challenge for us.
The Covenant Prayer, one of John Wesley’s greatest gifts to the church, blows us out of our comfort zone! 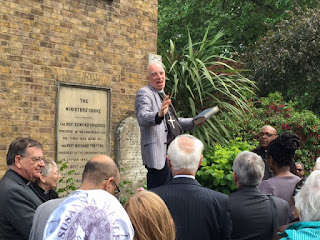 Extraordinary calls for extraordinary times.
When John Wesley was asked ‘Why has God raised up the Methodists?'  His answer was: ‘As God’s messengers, to reform the church and spread scriptural holiness through the land.’


God has not finished with us yet!
Posted by Jill Barber at 17:38 No comments: