With Julian in Norwich 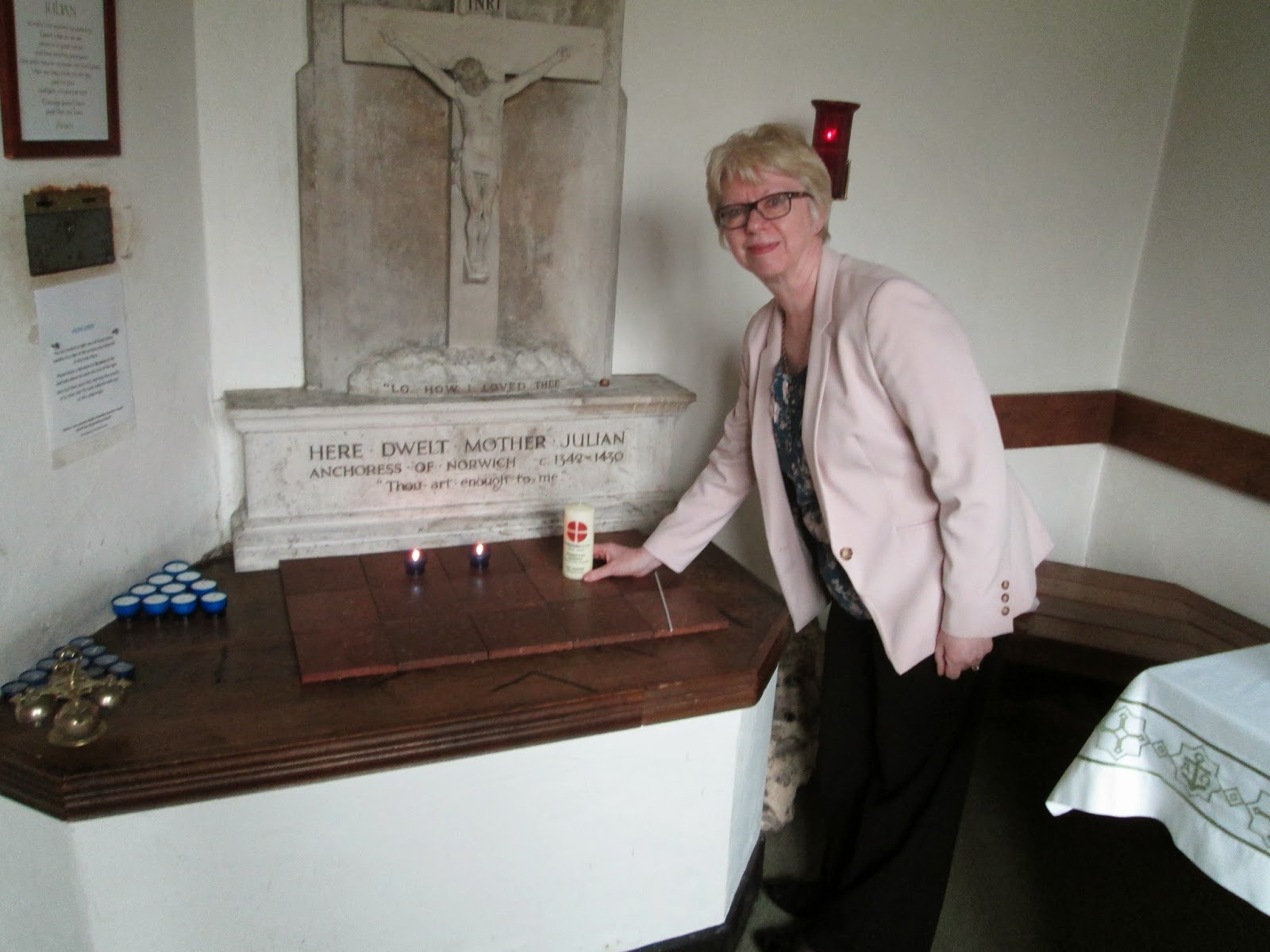 I have been a fan of Julian of Norwich since I was a teenager; I first read her book 'Revelations of Divine Love' written in the late 14th century, when I was 17, and it has been a source of inspiration to me ever since. The chance to visit her shrine and cell whilst in Norwich for my District visit to the East Anglia district was a real thrill.

I spent some time with the priest in charge of the shrine, who explained that Julian was neither a nun nor a hermit, but an anchoress who was sealed in her cell with one window opening onto the church, from which she received the Sacrament, and another opening on to the outside thoroughfare, through which she offered counsel, spiritual, material and common sense to whoever came.

The priest said 'She was a lay woman, following a lay calling, for lay people.'  I felt my heart strangely warmed.
Posted by Unknown at 20:26